“If I could make a deal with God, I’d get him to swap our places”, is what the fourth place on this ranking might sing when they see where I’ve ranked them. Alas, there is no God to be making deals with – and rankings are final. And permanent. Until, of course, volume two comes out and I change my mind all over again! Stranger Things season four returned to Netflix after three years away to the fanfare that’s of course expected of such a juggernaut, and it had me thinking about which season ACTUALLY is the best. Here are all four seasons of Stranger Things, ranked from worst to best. 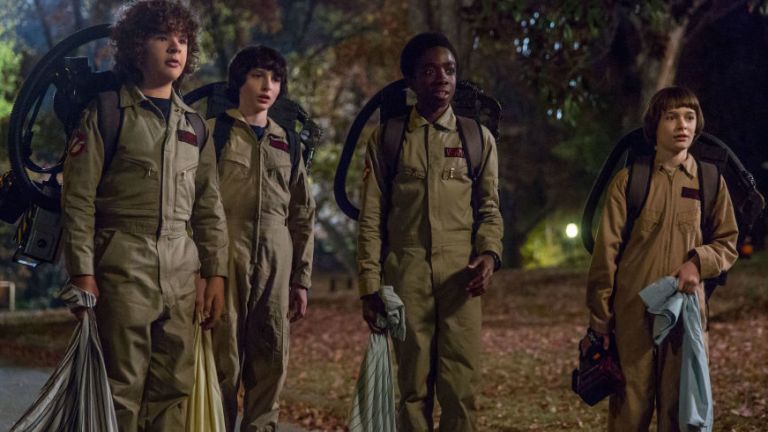 Season two had the impossible task of being the sequel to a season that changed pop culture forever. Season one of Stranger Things was Netflix’s biggest ever show at that point, made superstars out of the entire cast and the Duffer brothers had to follow it with a new season that matched that. And honestly? They absolutely did. Season two of Stranger Things is not bad in the slightest – but it feels sometimes in limbo. It doesn’t have a defined vibe to it, but feels more like an epilogue to the narrative of season one.

Sadie Sink and Dacre Montgomery roll up as Max and Billy, though, and the show is a million times better because of it. Everyone is settled into their roles, and Sean Astin is lovable and heartbreaking as the ill-fated Bob. But season two just lacks a truly special feel like the seasons ranked higher have in spade loads.

It feels weird ranking this only third, but hear me out. I loved Stranger Things season four. It’s an epic tale of epic proportions – and when it’s great, it’s great. I do not have the same gripes I have with season two here – season four is so distinct in its tale that it feels like the show pushed into adulthood in the best way. This is the show at its scariest and most distinct, and I absolutely loved so much of this season. The cast are amazing, Vecna is an outstanding villain and the visuals for the horror and action are out of this world.

The qualms? Too much time spent on the wrong things. The Eleven lab scenes and the Russia / Alaska plot had me longing for the scenes in Hawkins and focussed on Vecna. I think it was unwise to keep the cast so spread out and not truly thriving as an ensemble. The episode length didn’t bother me as much as I thought when I first saw how long they were going to be, and this season spins a big story. The iconic Running Up That Hill episode is easily one of the best in the entire show’s history, and deserves its moment in the spotlight. But the season falters after it. I hope volume two ramps the season back into top gear and the that it can climb into the top two of Stranger Things seasons ranked, because if it focussed on the right stuff it would be unbeatable. 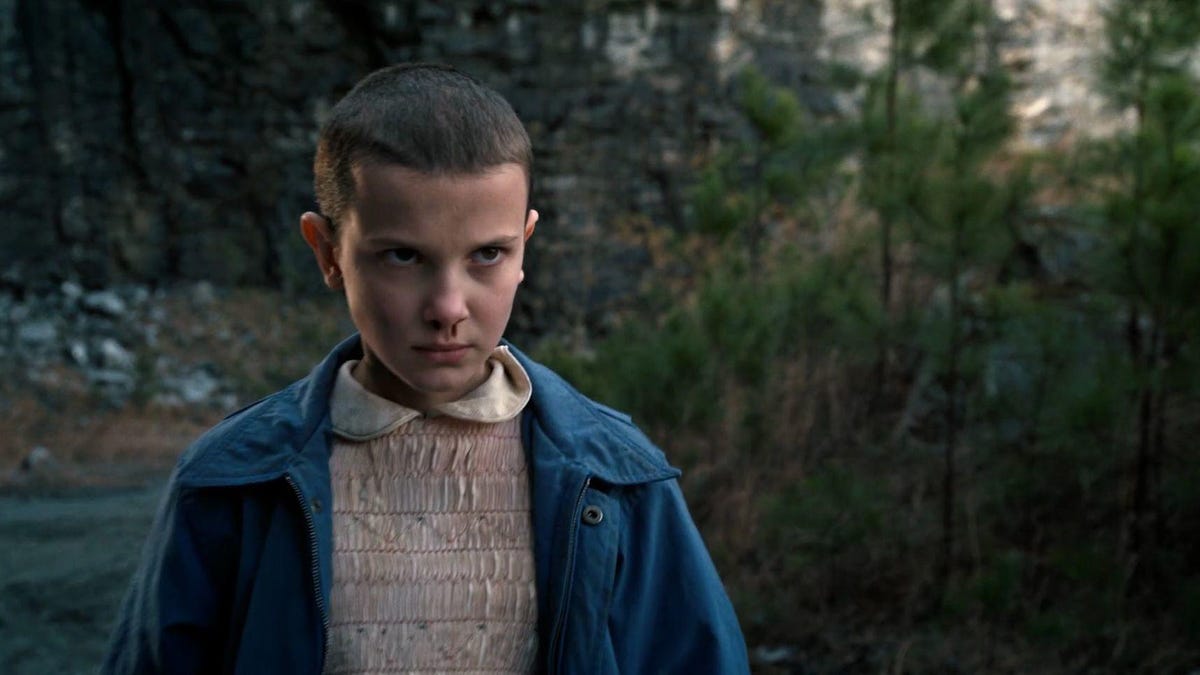 Stranger Things season one in retrospect is a simple little story, but its impact was like no other show released in the latter half of the 2010s. I would say only Game of Thrones beats Stranger Things on the cultural phenomenon scale, and that started straight away with season one. The world building here is spectacular. The cast are outstanding, especially the kids who really just hit the ground running as a lovable gang who can really act.

Winona Ryder gives it welly as Joyce, and the Christmas lights motif really had the world in a chokehold. It’s funny thinking about how much of a threat one Demogorgon and the Upside Down was considering all the gang face off against these days, but the barebones of season one is its biggest asset. Where it all began – slick, concise and thrilling from start to finish. 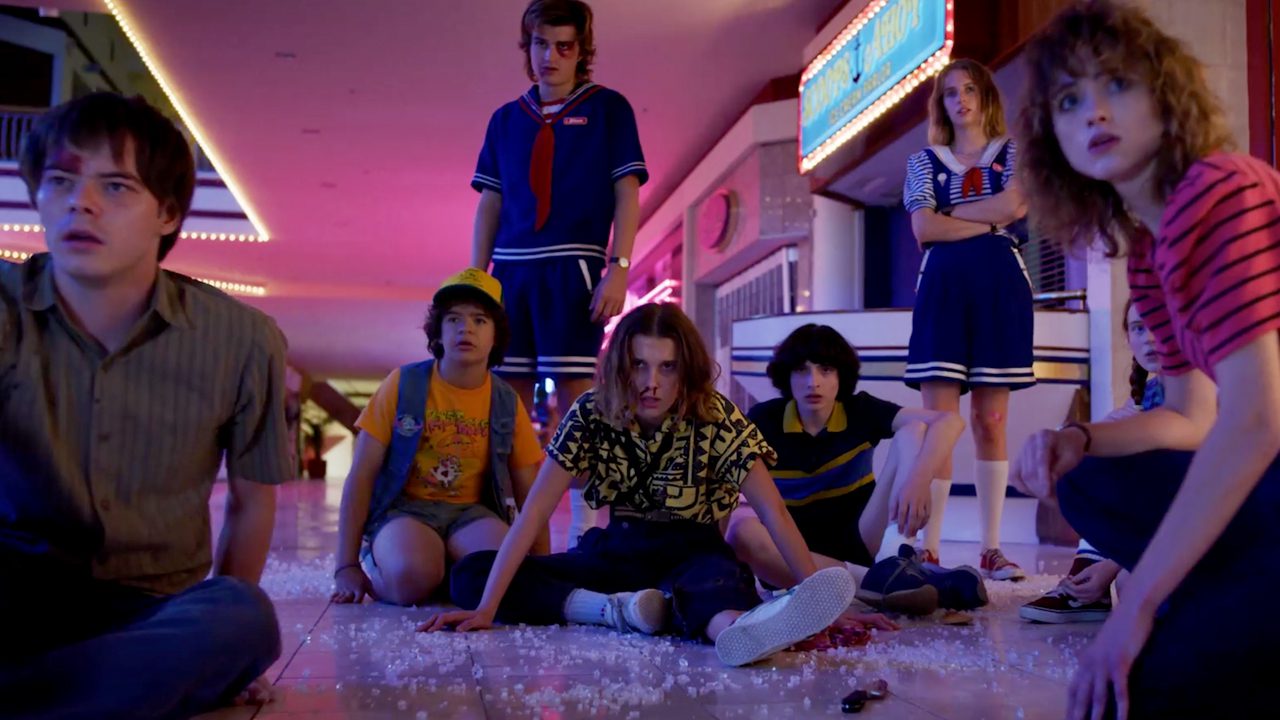 Season three of Stranger Things is the definition of the girls that get it, get it – and the girls that don’t, don’t. I’ve seen many try and say this is the worst season of the show, but they could not be more wrong. Stranger Things season three is a euphoric and spectacular watch. It’s sun drenched, glowing in Fourth of July reds, whites and blues and has monsters lurking within its firework celebrations. There’s something so rich and visually pleasing about its entire aesthetic – but it has the narrative chops to back it up.

All the plots work in perfect symphony. The Mindflayer is Mindflaying via B movie-esque possessions and huge monsters made of guts and gore. Dacre Montgomery is outstanding as Billy, and the showdown in the mall is the best episode of the show’s run. Season four is also Stranger Things at its silliest, and the fun and frolics of the comedy in the Russian plot works perfectly for me and just makes this season an absolute joy to get through. It’s the best of all seasons of Stranger Things ranked here – argue with you mother!

All four seasons of Stranger Things ranked here are available on Netflix now. For all the latest Netflix news, drops, quizzes and memes like The Holy Church of Netflix on Facebook.

Related stories recommended by this writer:

• Wait, who actually plays young Eleven in Stranger Things and is it Millie Bobby Brown?

• Quiz: Tell us your order at the Binley Mega Chippy and find out your degree result

Please see more with the summary list Worst season of stranger things best and most detailed compiled by vestasoft.org